Roadblocks remain in the US?

The latest data from the United States Geological Survey (USGS) shows that cement shipments rose by 2.4% year-on-year to 95.5Mt in 2017. Readers with elephantine memories may remember that the Portland Cement Association (PCA) revised its forecast for 2017 down to 3.1% from 4.2% in a release made in late 2016. Shipments and consumption are different metrics but the PCA was heading in the right direction. Unfortunately, however ebullient the PCA’s chief economist Ed Sullivan was at the IEEE-PCA in 2017 about growth in the US in 2018 and 2019, the necessary rise required seems quite steep. President Donald Trump may have handed the major cement producers a tax break but until his infrastructure spending materializes the US construction industry is on its own. 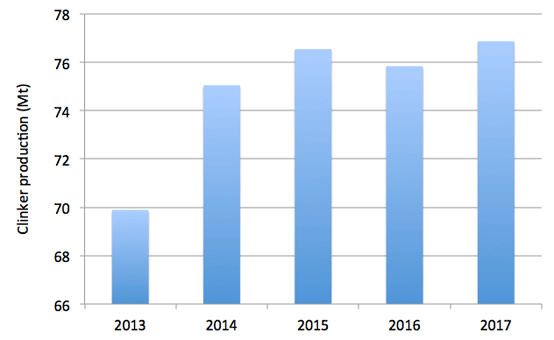 Viewing the US as a whole is a little unfair given its wide regional variation. As can be seen in Graph 1 clinker production jumped up from 2013 to a high of 76.5Mt in 2015 before taking a dip in 2016 and then rising again to 76.9Mt in 2017. Cement shipments of Ordinary Portland and blended cement show a similar trend over the same timescale except without the decrease in 2016. Interestingly, imports of cement and clinker rose by 18% to 13.6Mt in that year. The major exporters to the US were Canada, Greece, China and Turkey, in that order. 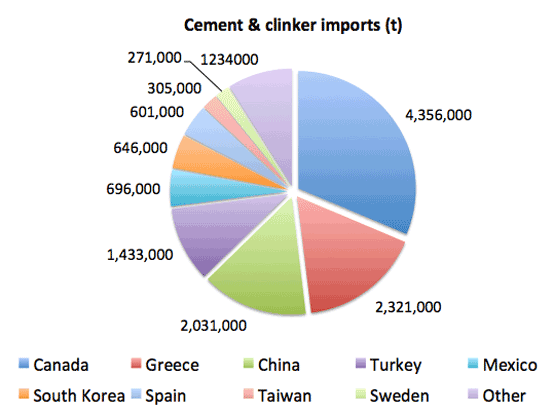 Graph 2: Cement and clinker imported for consumption to the US in 2017 by country. Source: USGS.

From a producer perspective LafargeHolcim described 2017 as a ‘disappointing’ year, with overall net sales down slightly on a like-for-like basis. The group remained optimistic for 2018 though, with its hopes pinned on rising employment and housing construction. HeidelbergCement rode high on its acquisition of Italcementi’s local subsidiary Essroc, which enabled it to grow its business in the northeast and midwest. Its cement sales volumes rose by 2.3% to 4.1Mt. CRH noted similar cement sales volume growth of 3% and attributed this to stronger demand. Its business also benefited from the acquisition of Suwannee American Cement with its 1Mt/yr cement plant in Florida. Further growth to its production base is also expected soon as it completes its acquisition of Ash Grove Cement.

By contrast Buzzi Unicem reported a tougher year with its net sales barely increasing from 2016 to 2017. It blamed a tough first half of the year for this as well as weather-related issues due to Hurricane Harvey and then snow in December 2017. Cemex too reported harder conditions in the US, with cement sales volumes down by 6% for the year. Although on a like-for-like basis with plant sales excluded it reported this as a rise of 2%. Again, it blamed the weather but it did note an increase in residential housing construction as the year progressed.

In this kind of mixed environment for cement producers no wonder the PCA backed or, perhaps more accurately, reminded the President of his pledge to spend US$1.5tn to be invested in infrastructure. As per usual the PCA forecasts fair weather ahead for the US industry once the latest roadblock is overcome. At the last assessment it was inflationary pressure. As ever the government opening its cheque book to build things is exactly what the industry needs to build on its promise. Until then expect more of the same. One more thing to consider though is that the Trump administration is also trying to change the ratio of federal-to-state funding for cross-state infrastructure projects. If the states end up having to pay more money for these kinds of projects these may end up running out of funds, delaying or cancelling them. Counting on that infrastructure spend may be unwise until if or when the cement orders come piling in.